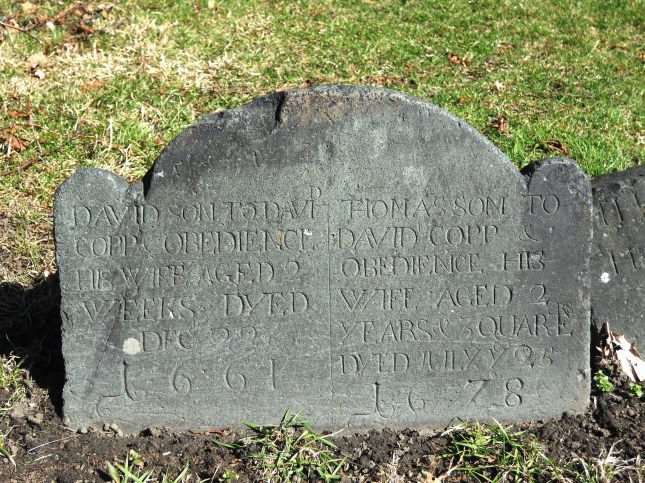 David Copp, son of David and Obedience, died at the age of 2 Weeks, on December 22, 1661.  Thomas Copp died at the age of 2 years and 3 quarters, on July 25, 1678.  Notice that some of the letters in the carving are raised above the other letters.  This was not an uncommon practice.  If the person carving the stone ran out of room, he would often carve the remaining letters above the others, rather than discarding the whole stone and starting over.

Also of interest on this marker is the use of the term “3 quarters” when referring to the age of Thomas.  I think that this is the first time I have seen this wording on a grave marker.

Posted by dwsuddarth on April 2, 2011 in Boston, Copp's Hill

3 responses to “The Copp Boys”