Came across this marker at Oakwood Cemetery in Red WIng, MN. The photo is not the best; it was very sunny and the stone could use some cleaning. 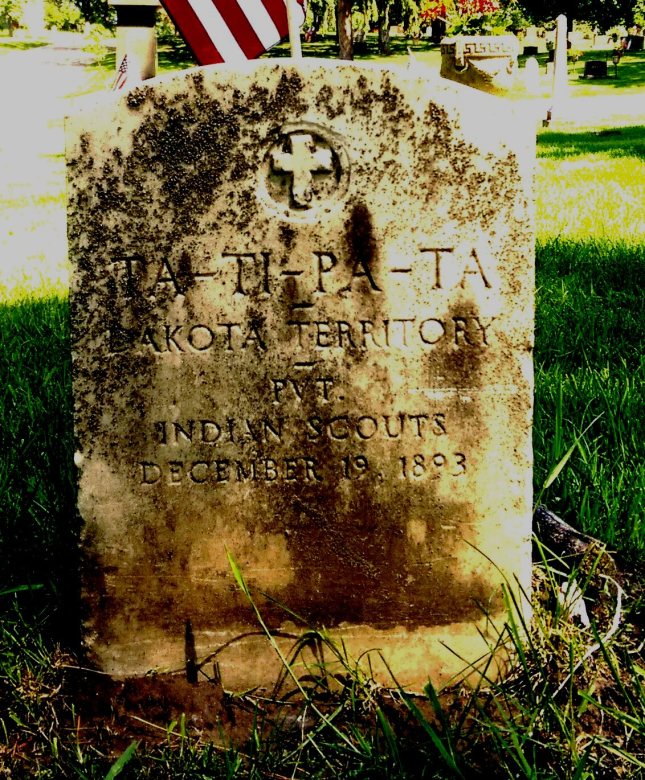 Posted by dwsuddarth on June 11, 2016 in Military, Minnesota, Oakwood Cemetery

As the saying goes, just because it’s carved in stone…  I do a lot of genealogy research and I always thought this was a good example of how mistakes can be found in what we usually consider ‘reliable’ sources. If the word ‘of’ can be misspelled, what else on a stone may be in error? Just a reminder for those of us doing research that mistakes can happen anywhere and we need to be diligent in our research and take nothing for granted.  Just because it’s carved in stone, doesn’t mean it’s right.

Posted by dwsuddarth on November 14, 2015 in Michigan

I have not posted for a long while (life gets in the way, sometimes).  However, I am excited to start posting again.  This, while admittedly not the best photo, is a stone I like a lot

This is in the old section of Marengo Cemetery in Crawford County, Indiana.  It is a beautiful cemetery with a lot of very nice stones.  Some of my ancestors are buried in this cemetery, including James and Malinda Suddarth.

Posted by dwsuddarth on February 10, 2012 in Suddarth

On a hilltop in Hudson, Wisconsin, overlooking the St. Croix River, is this stone for Silas Snell: 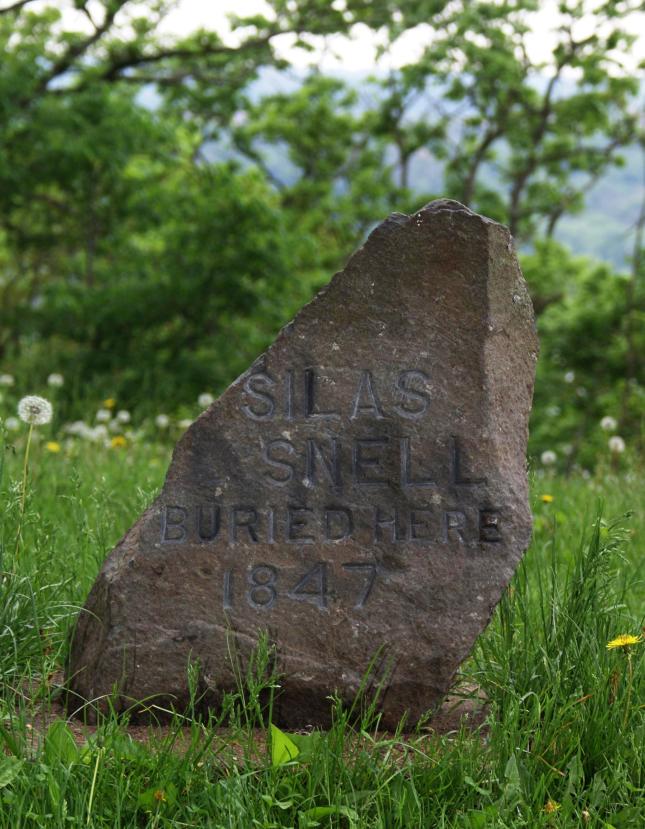 I have not been able to find out much about Silas Snell.  Wisconsin achieved statehood in 1848, so Silas died while Wisconsin was still a Territory.  Wisconsin was the last state entirely East of the Mississippi River admitted to the Union.

The marker for Silas Snell is located in a park on the bluffs of the St. Croix River, in Hudson, Wisconsin.

Posted by dwsuddarth on September 2, 2011 in Snell, Wisconsin

Among the gravestones in the Old Granary Burying Ground in Boston is this one, near John Hancock’s grave. 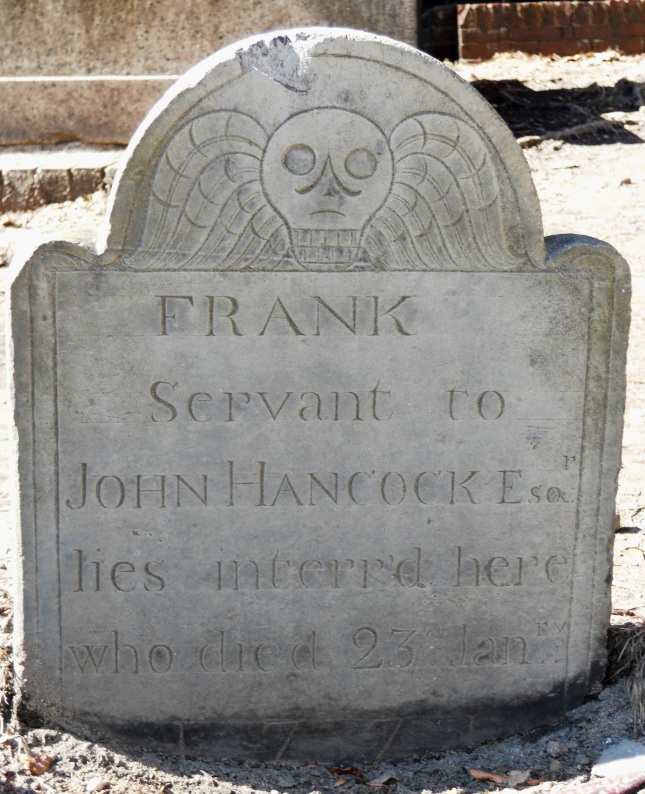 This is a great example of an 18th century gravestone and is one of my favorites.  Although settled some, it is still very readable and the carving is crisp and very clear.  I would like to know more about Frank.

Posted by dwsuddarth on May 28, 2011 in Boston, Old Granary Buring Ground

A while back, I did a post regarding the two grave markers for James Suddarth in the Marengo Cemetery in Marengo, Indiana.  While it is easy to tell that one stone is much older than the other, I think it is highly unlikely that the old stone dates to the time of James’s death.  Here is a photo of the old stone:

Recently, I was showing a colleague the photos of the old stone and the new stone and he questioned whether the stone looked like it was from 1865.  The material the stone appears to be made of, the style of the stone and the fact that it is on a base all raised his suspicions.  After thinking about it, I believe I agree; this stone is not from 1865.  Nearby, in the same family plot is the stone of James and Malinda’s son, David B. Suddarth.  I do not have a good picture of the whole stone, but here is a picture of the family plot: 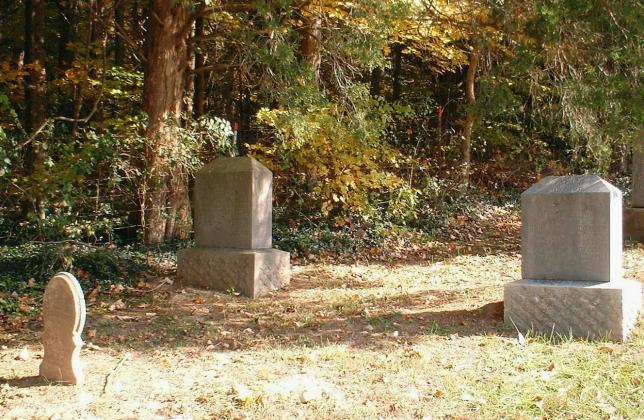 What do you think?  Is the marker for James and Malinda from 1865?  Or was is erected much later, after David died?

Posted by dwsuddarth on May 1, 2011 in Suddarth

One of the things I like to collect is memorial cabinet cards.  Below are two cards for Charles W. Verder:

Having two different cards for the same person is something which I believe is very unusual. The one on the left is much more ornate and contains the full name, while the one on the right is more plain and uses only the first initial.  If anyone else has ever seen an instance of different styles of card being produced for the same person, I would love to hear about it!  Maybe it is not as unusual as I think it is.

Posted by dwsuddarth on April 25, 2011 in Memorial Cabinet Cards